The waters of Pedraforca 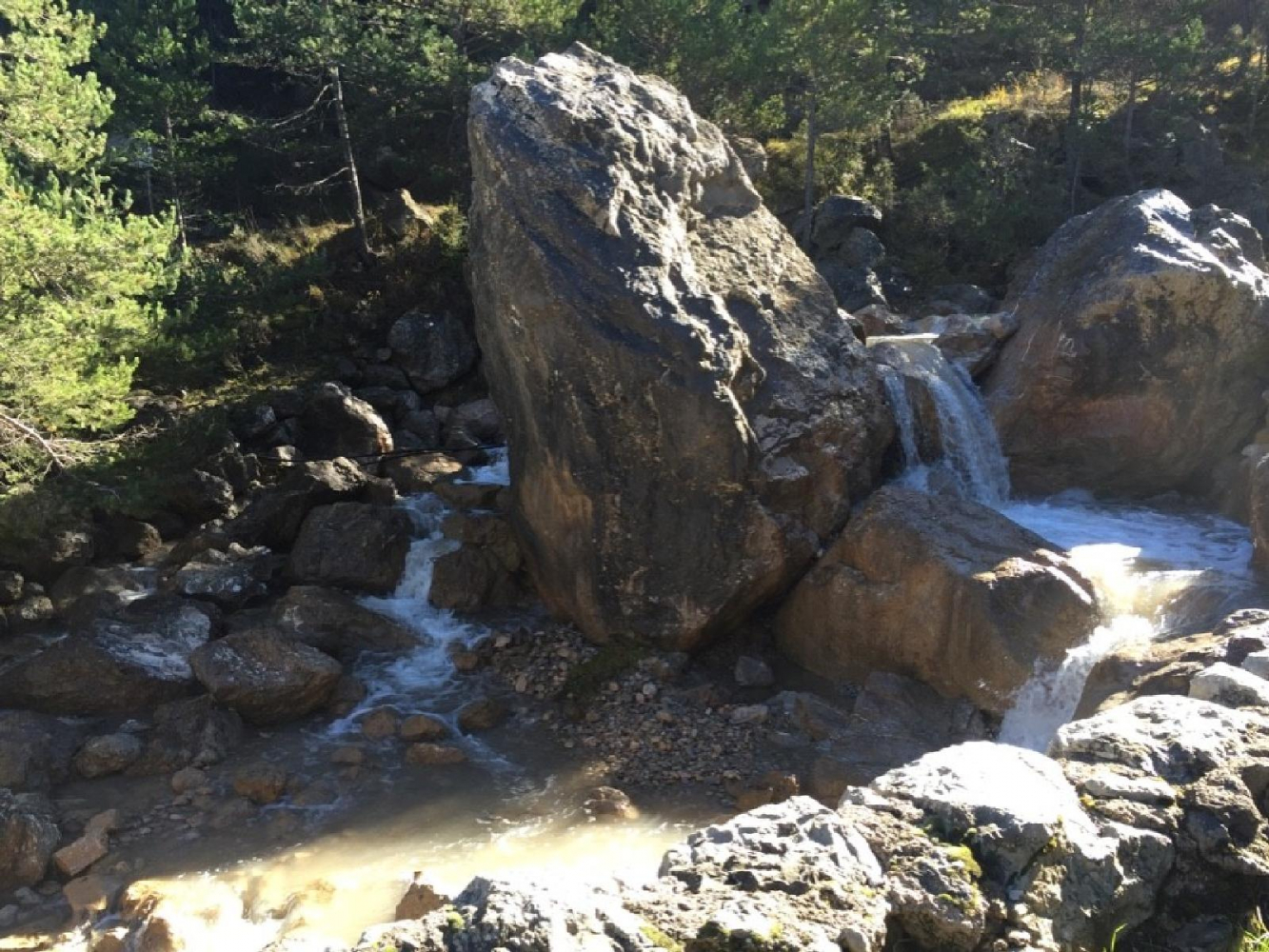 The stream of Aigua Salada is born on the northern slope of the Serra de Ensija, on the Pleta de la Vila, in a hole in the middle of the forest at an altitude of 1,710 m. As it goes down receiving water from other streams, the flow will increase until it joins the Gresolet stream to form the Saldes river.

Exactly the name of Saldes comes from the Salada stream. The cause of the salinity is in the geological materials that are at its source. The stream flows from the base of a slope about five meters high in the form of a strong current. The rocks where they are born are Triassic chalk gray, brown, red and white, mixed with chalk there mineral salt (halite). When the infiltration water passes through these layers of plaster, it dissolves the salt and brings it outside.

It is a type of running water unique in the region, being a cloudy water due to the amount of suspended material it carries. The organisms that inhabit this stream are unique, highlighting those of the upper section where there is low diversity of species that increase as they receive other contributions of water along their route.

Its current had been used to move the Levers, Flowers and Lines mills.

From Palomera there is an itinerary that leads to this stream.