Churches, sanctuaries and other monuments 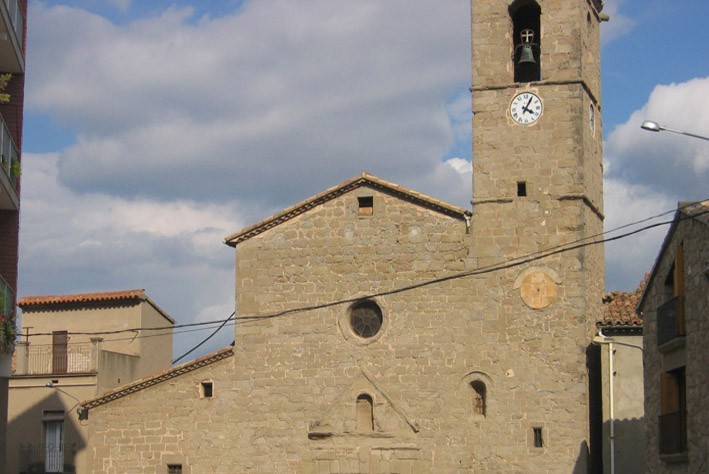 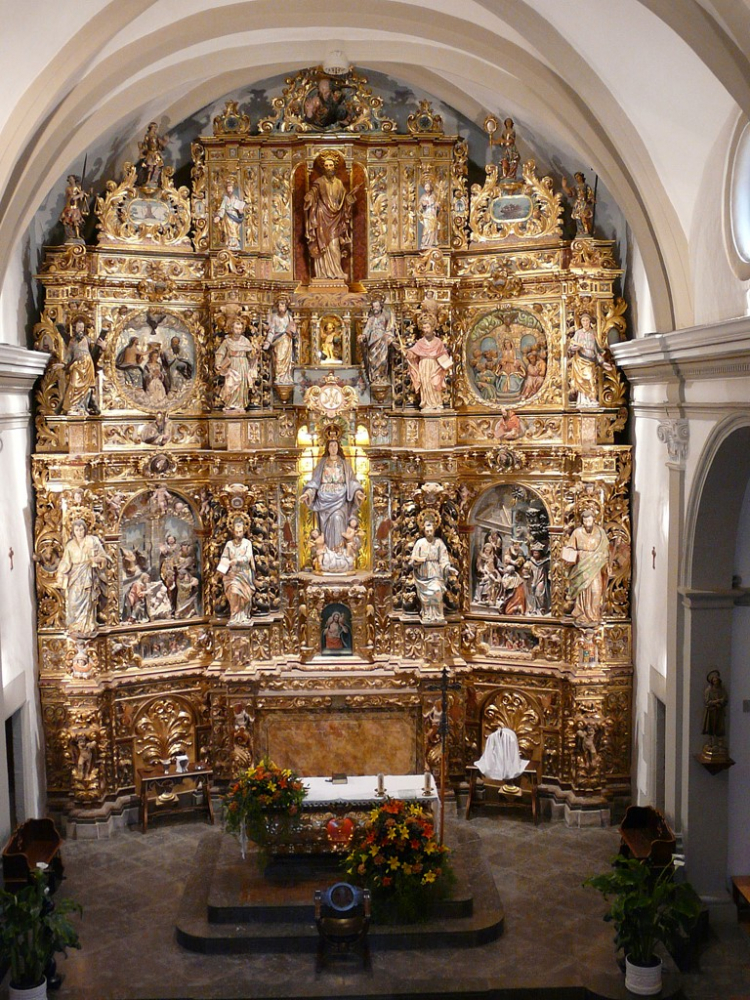 Church with three naves and chapels in the aisles, covered with a barrel vault and wide transept. The main facade, showing signs of the ripped off of the arc in the first chapel from the XIV century, next to the access door, quite simply,  where there is a niche that may have an image, now lost. At the same right side we also see a square section bell tower topped with balustrade railing, a later work. There are few small openings. The church keep a baroque altar of Our Lady of the Angels, completed in 1704.

This altarpiece is a  jewel built around 1704 by the saga of Sigismond Pujol, builders of most of the Baroques altarpieces of central Catalonia. The work responds to the type of baroque altarpiece of the eighteenth century, three streets, with a predominance of the central one, well-defined and heighted. Pairs of spiral columns and borders filled with garlands, flowers and fruits separate the central part and divide the altar in compartments. It’s a synthesis of the work of sculptors, carpenters, goldsmiths, painters, etc. The altarpiece is crowned by a figure of God and,  placed in different locations you can’t identify the 12 apostles, but 13 because it also appears Paul. Centuries ago, the central site now occupied by Saint Bartholomew, patron of Casserres, was occupied by San Isidro. The western church fathers also have their space, St. Gregory the Great and St. Augustine. The altarpiece is dedicated to Our Lady of the Angels, which occupies the center of the altar, over the tabernacle. The richness of details is more evident in the four Marian scenes: the Nativity, Epiphany, Pentecost and the Coronation.