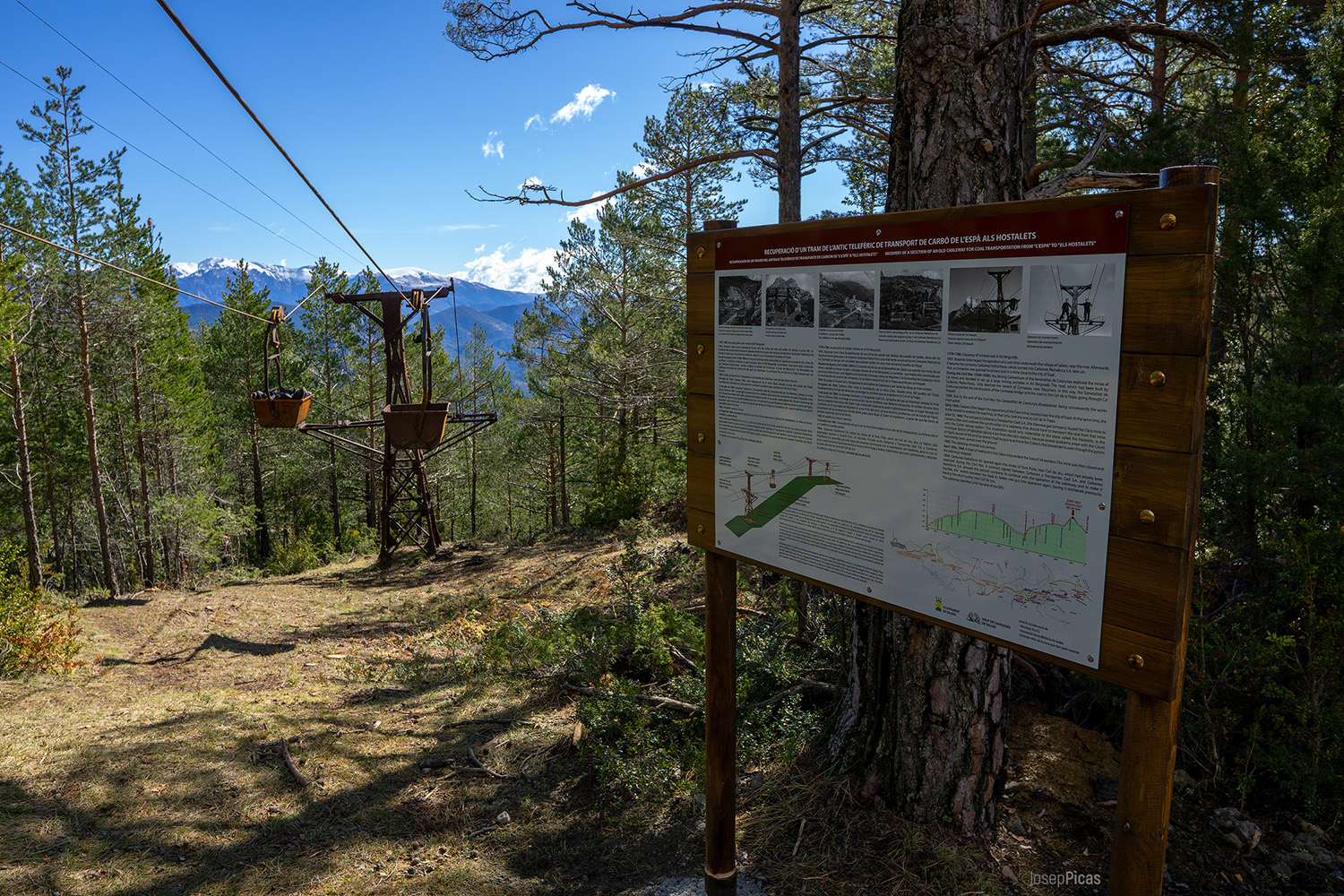 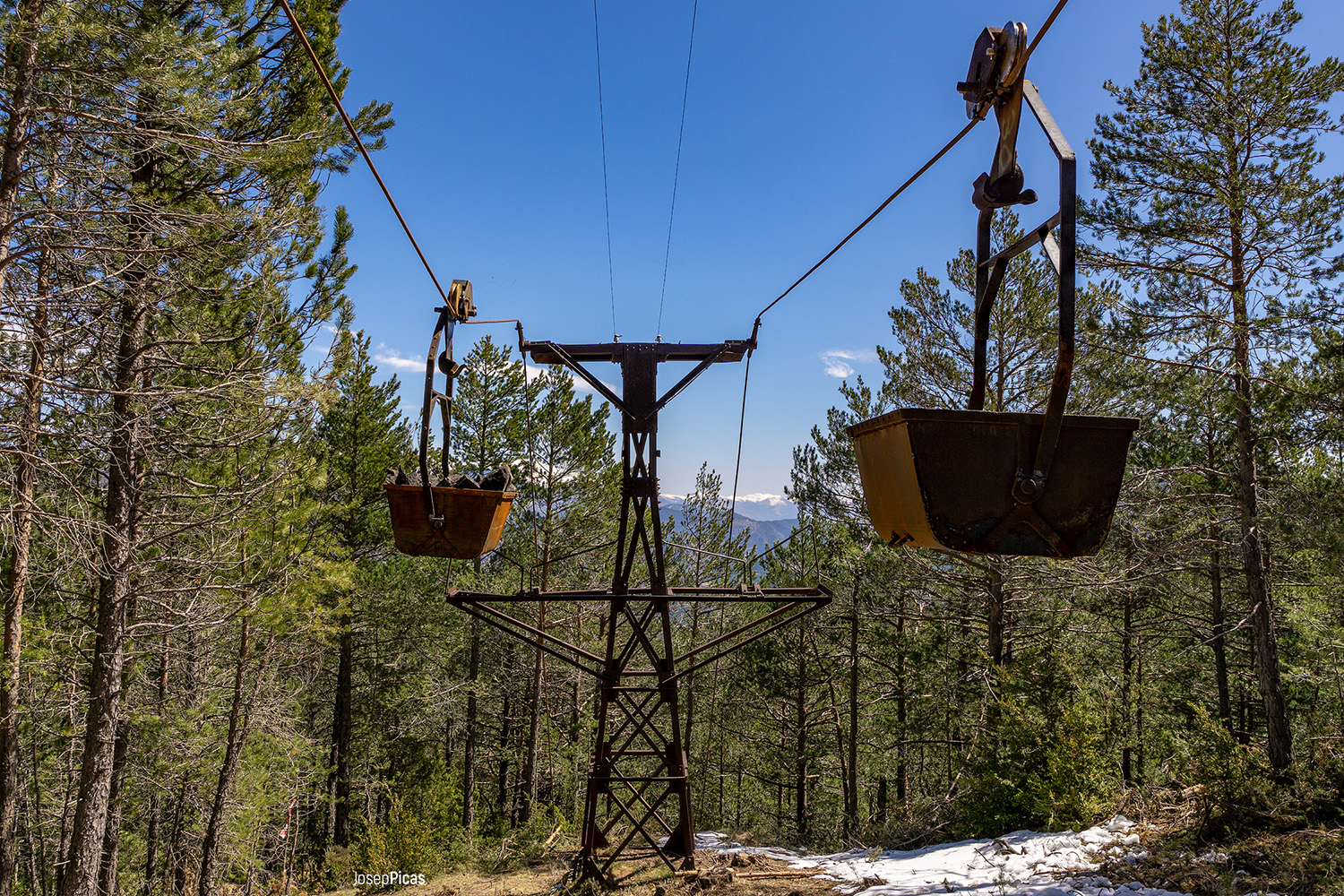 Between 1779 and 1780 the mineral coal was discovered in Alt Berguedà.

At that time the great difficulty was the transport of the coal since the road only reached the Comassas stream, near Maçaners. Little by little, the road lengthened, but in view of the difficulties, the operating company decided to build a cable car that would transport the coal from the Clara mine to the Collet railway station, near Guardiola de Berguedà. .

However, this installation could only be carried out to the place called Els Hostalets, in the municipality of Vallcebre (about 4 km from the train), as there were several problems with the count of Fígols, who owned the land where he had to pass to reach the Collet, they prevented it, although the pylons were already spread on the ground.

In 1944, an explosion of a grizzly at the Clara mine killed 34 workers, causing the mine to shut down and the cable car to be stopped.

In the mid-50's, Carbones Pedraforca SA re-opened the Font Puda mines, near Coll de Jou, and resumed transport by cable car along the stretch from Espà to Saldes.

The cable car ran until the late 50's.