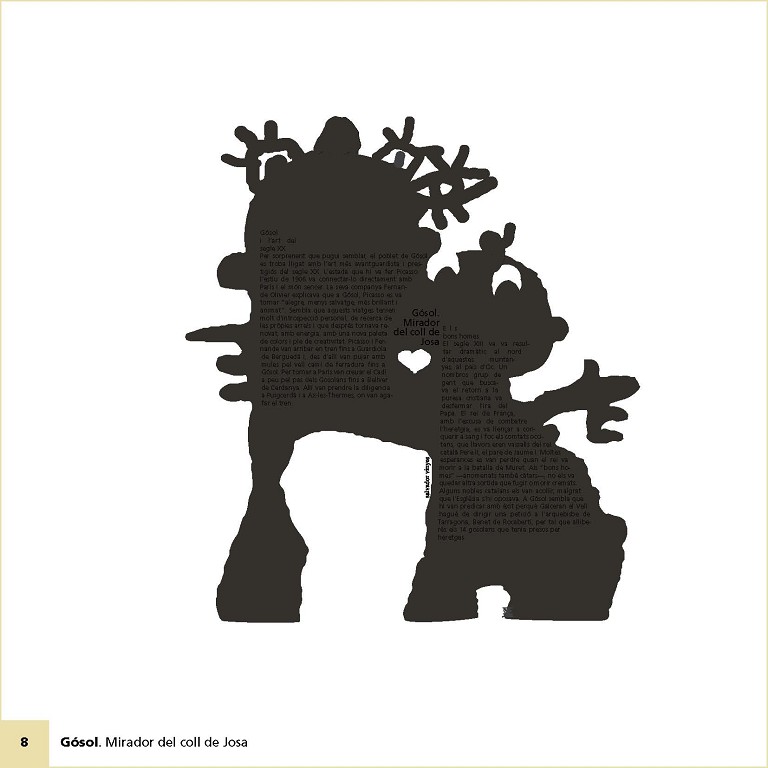 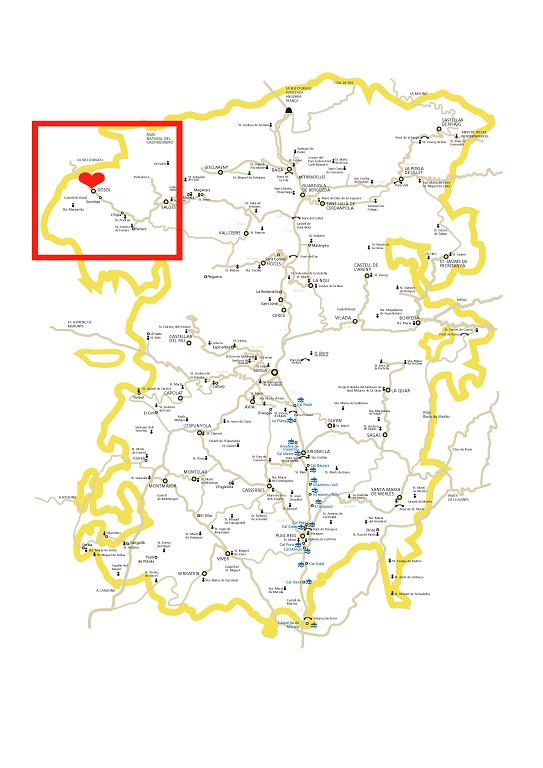 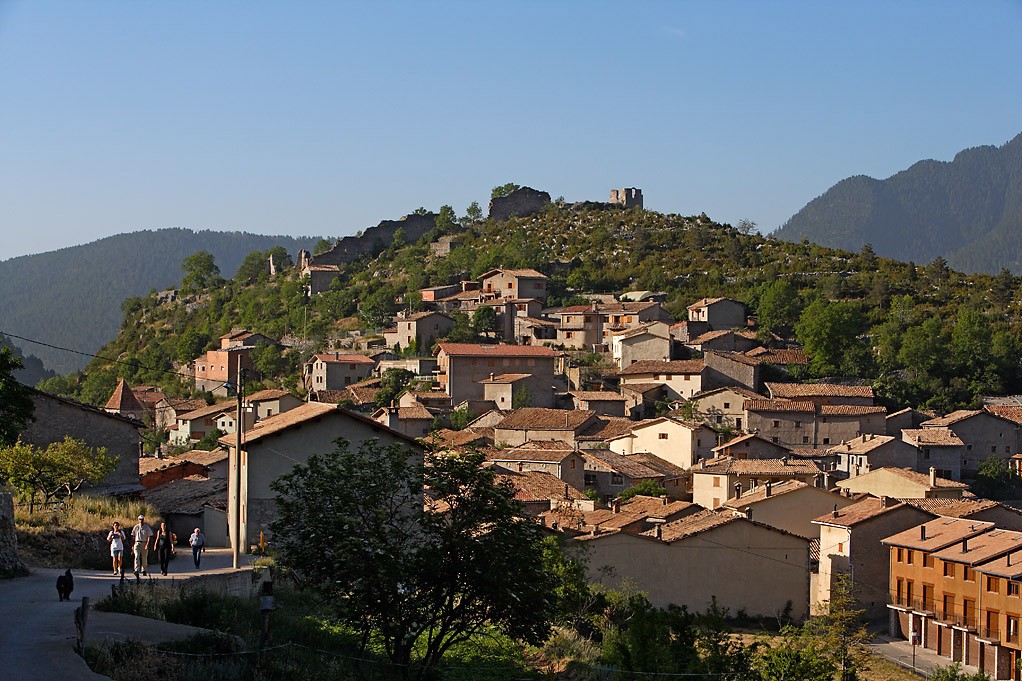 Surprising as it may seem, the town of Gósol is linked to the most avant-garde and prestigious art of the 20th century. Picasso's stay here, in the summer of 1906, would link it directly to Paris and the whole world. His companion, Fernande Olivier, explained that in Gósol, Picasso became "happy, less wild, more brilliant and enthusiastic". It seems that these journeys involved a great deal of personal introspection, searching for his roots and that he then retuned renewed, with energy and with a new palette of colours, full of creativity. Picasso and Fernande arrived by train to Guardiola de Berguedà and from there they went to Gósol by mule, on the old bridle path. To return to Paris they crossed the Cadí on foot through the Gosolans pass to Bellver de Cerdanya. There they would take a coach to Puigcerdà and to Ax-les-Thermes, where they caught the train.

The 13th century was a dramatic time for the north of these mountains, for Occitania. A numerous group of people who wanted to return to the purity of Christianity were to unleash the rage of the Pope. The king of France, with the excuse of fighting against heresy, set out to conquer, by fire and sword, the Occitanian counties, who later became vassals of the Catalan king Peter II, the father of James I. Many hopes were dashed when the king died in the battle of Muret. The "good men" -also called Cathars-, had no other choice than to escape or die burnt on the stake. Some Catalan nobles gave them shelter, despite the fact that the Church opposed it. In Gósol however, they preached successfully because Galceran the Elder sent a petition to the archbishop of Tarragona, Benet de Rocabertí, to release the 14 inhabitants of Gosol who he had imprisoned for heresy.