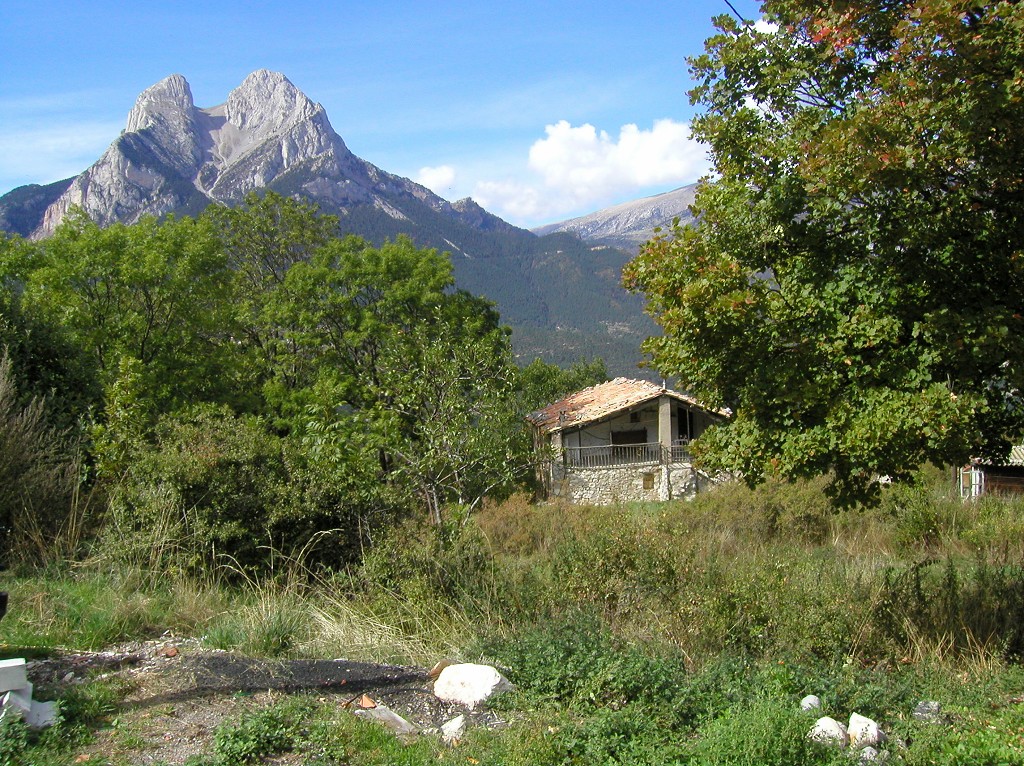 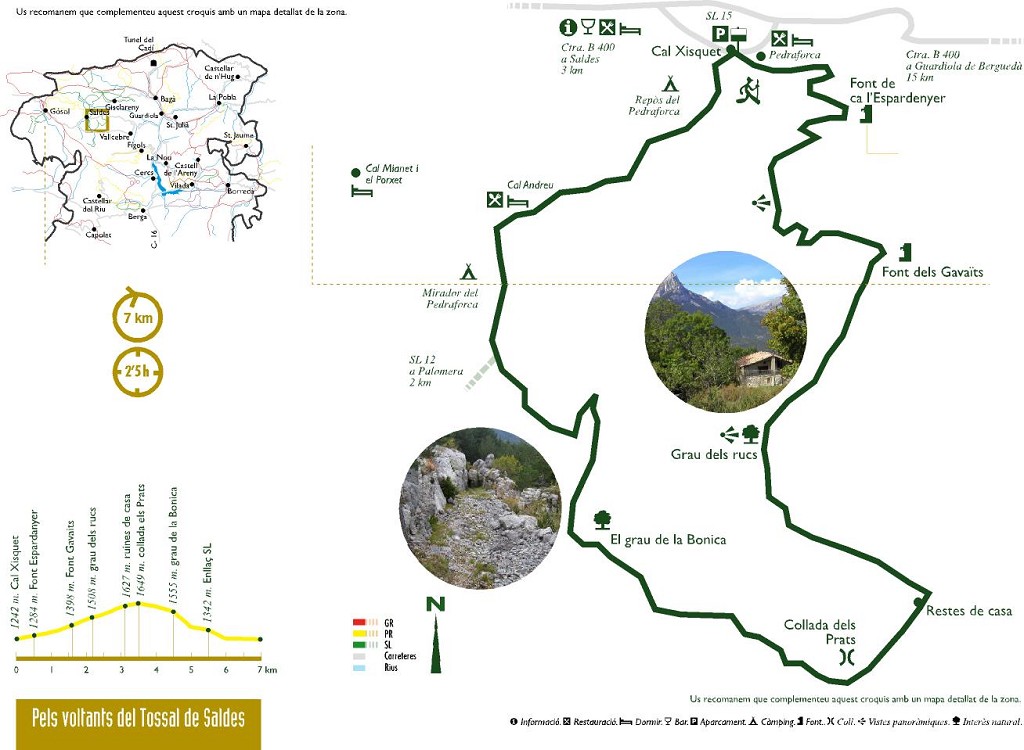 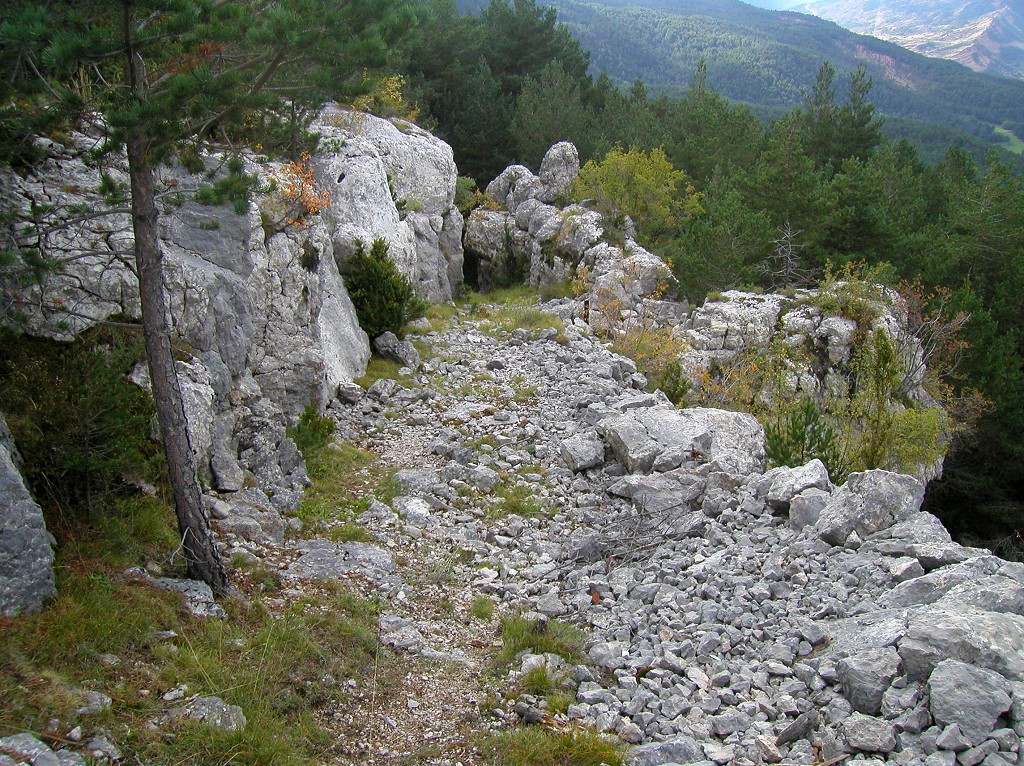 Everyone knows El Pedraforca and many also know the sanctuary at Gresolet. The other side of the road is relatively unexplored, although there are also many attractive features along the way. To climb up to the Prats pass and from there to Vallcebre on one side and to the slopes of the Ensija ranges on the other, there were two passages or passes in the rocky face, one uphill suitable for beasts of burden and another downhill, which is only passable on foot. On this route, you go along both and will see the features that make one different from the other.

The route starts on the old Gósol road (from the 1940s) that forked off from the old Saldes road after Maçaners. It runs along an uphill track and passes by old farmhouses, most of which are now second homes. The main feature of this section are the views of El Pedraforca, the Cadí and Gisclareny ranges and the village of Saldes, all from different perspectives as you gradually go higher. At the entrance to Ca l'Espardanyer there is a fountain where you can get water, right at the start of the route.

When you reach a high voltage line, leave the main track and continue along another emerging from the woods on the right. Once you are in the woods, there is a fork in the path, take the path going right from where you can see walls of the old fields. The path begins with a smooth uphill climb towards the rockwall and then veers away along a wide crevice: this is El Grau dels Rucs, 'donkey pass', and its name gives us an idea of what it was used for.

After passing through a plain, the path again goes up along the side of a stream. The scenarios keep changing and become wilder and wilder. The tracks you find when you reach the Prats pass give you an idea of the importance of this point as a crossroad. The path you are to follow does not go down to the tracks but continues to the right along a narrow trail. You will go past the walls of a long-abandoned house. The inhabitants of this house cultivated the local fields. Further on, the trail emerges on to a track that you follow for a few metres and then leave again when you come into the woods on the right. This area is very peaceful and invites you to tackle it slowly and enjoy the pervading calm. The path eventually emerges on to a buttress atop a chaos of rocks. To the left you will see El Grau de la Bonica, a narrow pass sculpted into the rock and the purpose of this path. From here the path descends in a line that is practically straight and with a marked slope and in no time at all leaves you at the track above the campsite.

The return to the starting point is along dirt paths and the sealed Obaga road.

* If you would like to lengthen the outward journey you can link this route with the number 12 route for Saldes and reach the ruins of the mediaeval village of Palomera. To do so, turn left when you reach the track after going down the Grau de la Bonica path. You soon see the green and white waymarks again.

** To tell whether a path was passable on foot or with animals, watch out for a series of characteristics such as the height, the slope and the way to avoid obstacles (directly or doing S-bends). The Grau dels Rucs path is longer but the slope is smooth, it is relatively wide, and it avoids obstacles where it is easiest to do so. On the other hand, the Grau de la Bonica path is very short, but it is narrower and descends in a straight line with a pronounced slope.