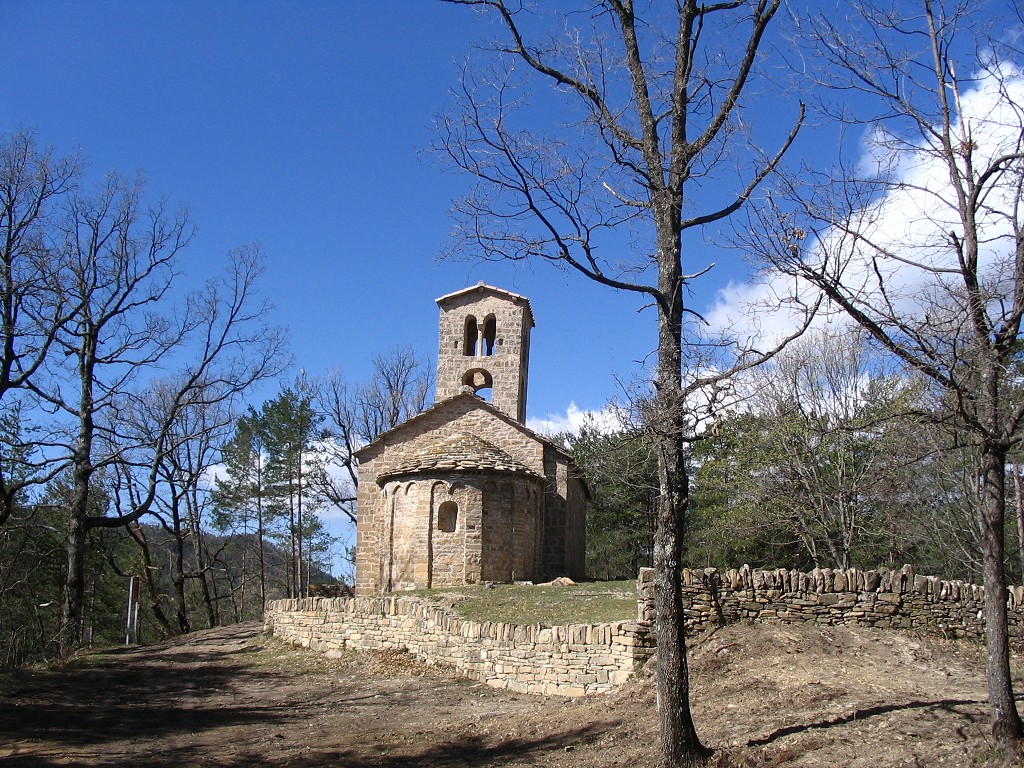 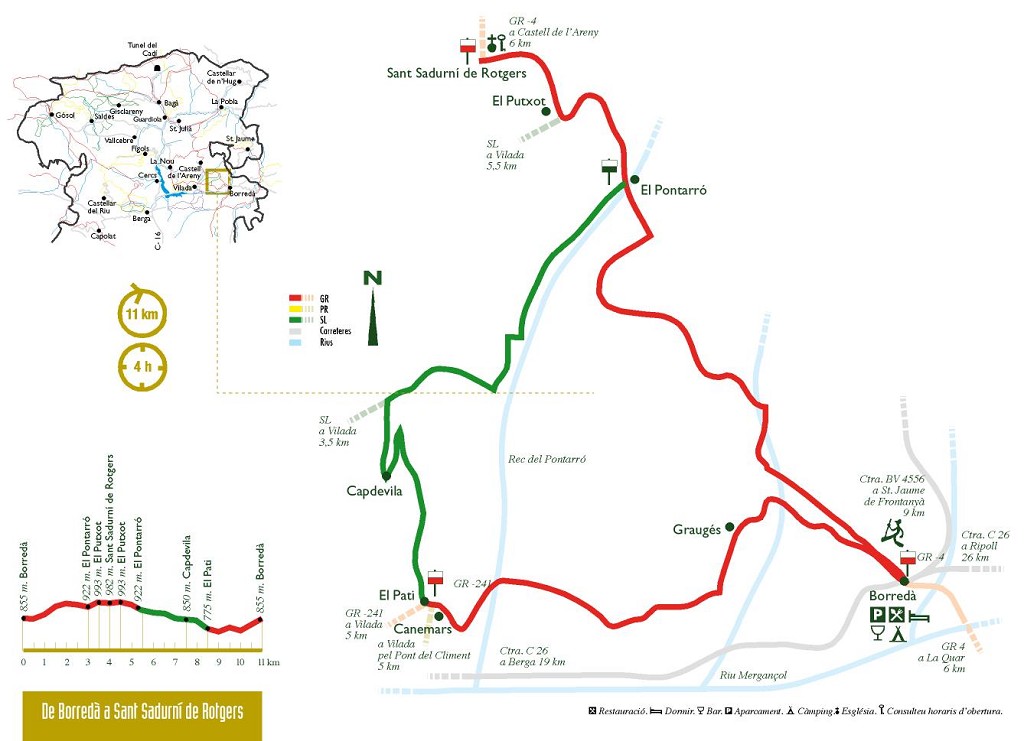 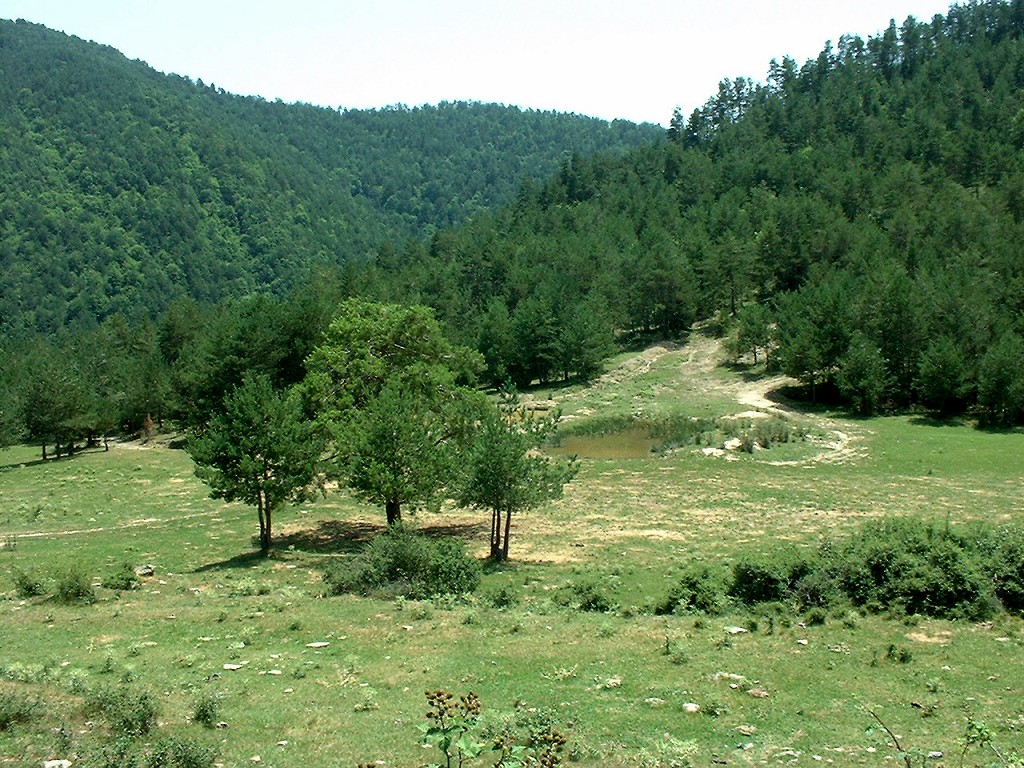 Sant Sadurní de Rotgers is one of the most representative Romanesque churches in the county and has recently been restored with great care. This route follows the former Borredà path to the valley where this church is set. The age of this path affords it great intrinsic interest; the return trip is taken along more modern paths and roads, surrounded by the woods that are typical of this area.

The route begins at the Plaça Major in Borredà. Before or after taking this route, it's well worth going for a walk around the old quarter of this village. The whole historic quarter is very well preserved and emanates an atmosphere of long-forgotten times.

Follow the GR 4 waymarks. After leaving the fields at the exit from the village and before starting on a short ascent, you will see some flat rocks in a small meadow to the left. These are salt licks, rocks on which salt was placed for the livestock as a diet supplement.

In the olden days, this path was so important that it was cobbled in some parts to prevent erosion. A fine example of cobbling can be seen in the short uphill stretch as erosion has exposed the technique used. The rocks were not placed flat (because they would fall out of place too easily) but were set into the ground on one side to better withstand the treading of animals and people and weather extremes.

The path emerges from a field and leads to a track. The left side takes you to the church of Sant Sadurní de Rotgers. If you are short of water, there is a spring about 600 metres to the right. It's at the foot of the track, after crossing a stream. You won't find any more water until you get to Borredà. This spring once supplied water to the Cirera farmhouse, now demolished. The renovation work dates from the 18th century.

After being restored, the Romanesque church of Sant Sadurní de Rotgers (11th and 12th centuries) became part of the County Council's network of monuments you can visit. For 2 € (1.35 € for children and pensioners), you get very comprehensive information on the history and building of the church. Highly recommendable. Check for opening times.

Following the ridge behind the church, in a couple of minutes you reach the remains of walls built right alongside a rock wall. These are the ruins of one or two mediaeval houses from the same period as the church. Here we would envision houses with one or two rooms and a roof with a single slope.

When you go back to start on the return path to Borredà, a track emerges on the right that leads to a wide plain and, to the right, the ruins of a house set on a small shoulder. This is the Putxot house. This is a quiet place to have a rest and enjoy the landscape. To the southwest you can make out in the distance the Obaga house halfway up the woods, also abandoned.

Once you have found the red and white waymarks of the GR 241, follow them to the left to get back to Borredà.