From Rebost to Tosa through Coll de Jou 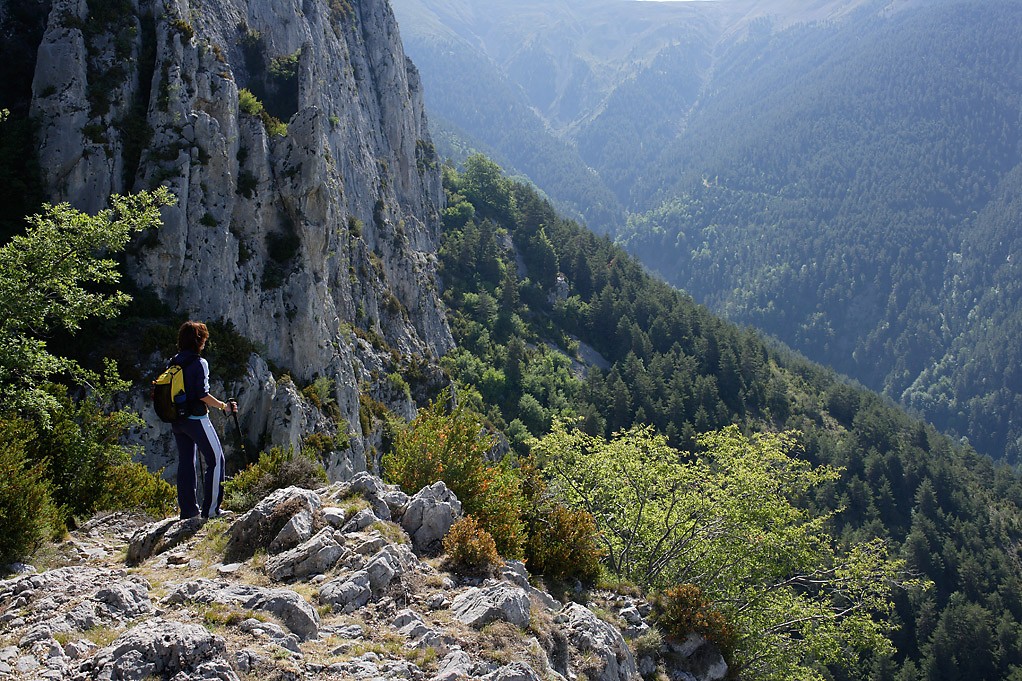 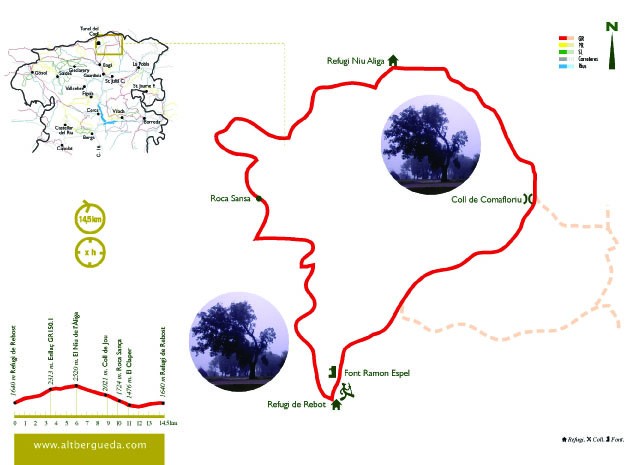 The proposed itinerary runs entirely through the Cadí-Moixeró Natural Park, specifically on its more eastern side. The excursion starts at the refuge of Rebost, from where it goes up to Tosa through the Comafloriu pass and returns along the path of Coll de Jou, the old royal road that linked Berguedà with Cerdanya. A high mountain route where the landscape is the main protagonist.

You leave the Rebost shelter following the signs of PR-C 126 along the track that reaches the refuge west. At the first closed bend, take the secondary track to the left, towards the Coll de la Gavarra. Once at the pass, leave the track and follow the path that continues down to the right. Immediately retrieve the track and, following it to the right, you will come to a junction where you have to follow the track to the left for 100 m, and then take the path also to the left, which again shortens the turns that this one does. When you retrieve it, you must also follow it to the left.

Once you cross the L'Hospitalet stream, take the path that goes to the right to Claper's house - now in ruins - which, shortly after being abandoned in the 1950's, a rock from the slopes of Roca Sança collapsed. From here you will join the road from Bagà to La Cerdanya. If you follow it down in the direction of Bagà, in a kilometer you will reach the house of Hospitalet, currently a farmhouse that has been lodging by road documented since the Middle Ages. But following the route, you must continue towards Coll de Jou, passing over the spring. You will see the path winding uphill to gently save the steep slopes and difficult steps to make it easier for beasts and people. Halfway up the climb, you will pass at the foot of the large, rocky walls of the Roca-sança, which means a slight relaxation on the steep climb. Here, it is worth stopping to discover the multiple carvings on the rock. In this place was found the Virgin of the same name that is currently in the house of Hospitalet.

Continuing to climb, you will pass the Deugracies pass. From here it softens to reach the Jou pass. From here, follow the GR 150.1 markings on the right. If you followed it to the west, you could reach the Penyes Altes de Moixeró, and following the PR to the north you would reach the village of Ceretà de Urús. But keep going east, alternating between closed sections in the forest and open stretches that are becoming more frequent. You will border the Roca del Llamp, the Puig de la Freda Canal and the Puig de la Mena, on its north face, until you reach the Refuge Niu d'Aliga at the foot of the Tosa summit, at 2520 m. of altitude. If you have enough time, it is worth the last climb to the summit at 2537 m, where you will still gain panoramic views, is one of the great viewpoints of the Eastern Pyrenees and Central Catalonia: Montserrat, Montseny ...

Once you have a well-deserved rest and refresh, you have to resume your return where it will be almost all downhill. Continue on the GR 150.1 markings that follow the ridge to the east. You will pass through the Puig de la Comabella, and after the pass you will have to climb a few meters to the head of the Serrat Gran. A few meters later, leave the GR, which falls to the left to descend towards Coll de Pal, and continue south, following the orange markings on the Cavalls del Vent route. You will reach the plans of the Comafloriu pass and, following the path, here you have a well-milled path, you will enter the black pine forest, and continue descending to the southwest.

You will come to the track where the GR 4.2 and GR 150 pass, which you have to cross and continue down following the orange markings and now also the small stakes on the jigsaw route, where this little bird is drawn. If you wish but here are several options to complement the route. If you continue on the track to the east, you will find the remains of an old baritin mine - the small greenish minerals embedded in the stones are baritin - once you have returned to this point. If you follow it to the right, it will take you to the Mirador dels Orris, where you have enough time to get there and observe the panoramic views that it offers, and learn how the area was formed thanks to the geology panels installed there. the Cadí-Moixeró Natural Park. In this case, if you follow the GR you do not have to clear the path, you will reconnect to the route shortly before the Refuge.

If you follow the proposed route you will continue to go straight down the path to the car park on the Trencapinyes route, where you have to cross the track and continue down the path following the orange markings. The next time you cross the track you will find again with the GR that follows it, but you can continue on the path that cuts it until you come back to the refuge of Rebost.