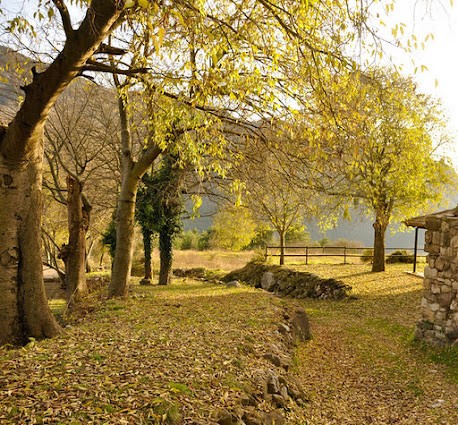 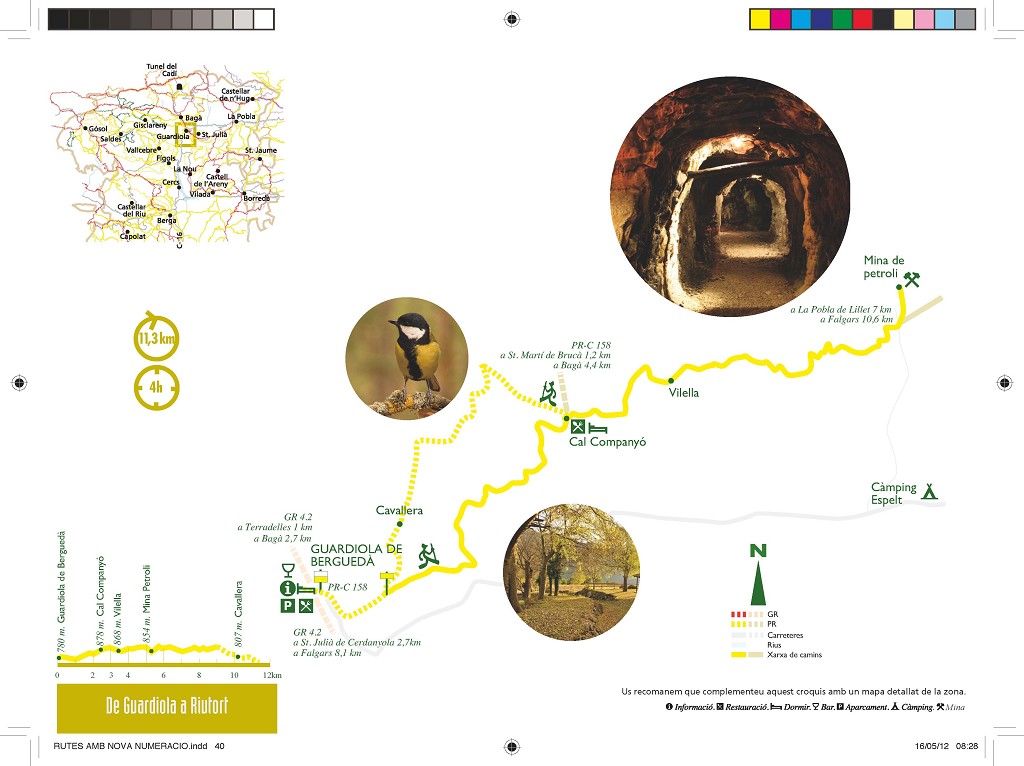 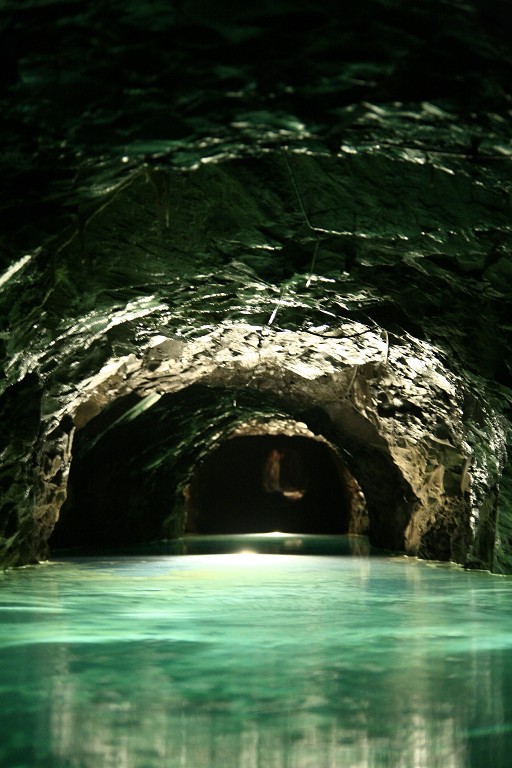 It is well known that Berguedà was one of the country's most valued mining areas. But does anyone know that Berguedà extracted oil?

This route will take you to the Riutort oil mine, now conditioned for tourist use, and where, in addition to seeing and smelling black gold, you can enter in its set of galleries, home of bats and salamanders. All in all, in a beautiful and hidden natural spot on the same boundary of the Cadí Moixeró Natural Park.

The return trip will take you through several roads that have recently been conditioned and incorporated into the network of paths of Berguedà.

About 300 meters take a path that descends steeply to the right. Just here you have to leave the PR-C 158 signs and follow some rectangular yellow marks that we will not leave until the oil mine and, back to Cal Companyó. The owners of the estate have placed an artisan signs, on wood, to orient better the walkers in some stretches.

Soon the path passes some meadows of Cavallera estate. We must pay attention as the road abruptly turns to the left to find some signposts that will continue to Cal Companyó, with narrower and wider bits. We are always in a pine wood, first more clarified and then thicker.

We arrive at Cal Companyó, an old manor house today converted into a small hotel that also offers the activity of horse riding.

more or less well-preserved dry stone walls. The old horseshoe path will take us, through the forest, to the house of Vilella, now vacated.

This road later becomes a carriageway that goes through the forest and that it is losing its character as we move closer to the torrent of Riutort to become a succession of paths, old runways and paths recently recovered. Throughout this route, you can see very good views of the north face of the Catllaràs mountain range.

We will return to Companyó again undoing the same route we have made to arrive here.

Once in Cal Companyó you have to continue along a path that runs north-west in the middle of the old farms following the white and yellow signs of PR-C 158. When the path becomes a forest track, the route abruptly turns to the left to return around Roca de la Guilla by its base.

The path becomes a cliff that goes down sharply and makes the passage difficult. At the end of the steep descent, the path turns to the right and begins to glide. From here you have to pay attention, after about 500 meters, you have to leave the path to turn left. This path runs down the hill until you find the track that will take you directly to Cavallera.

Passing the house, you have to continue along the track down until you reach the street of the Industry again and in tChurch square of Guardiola, end of the route.