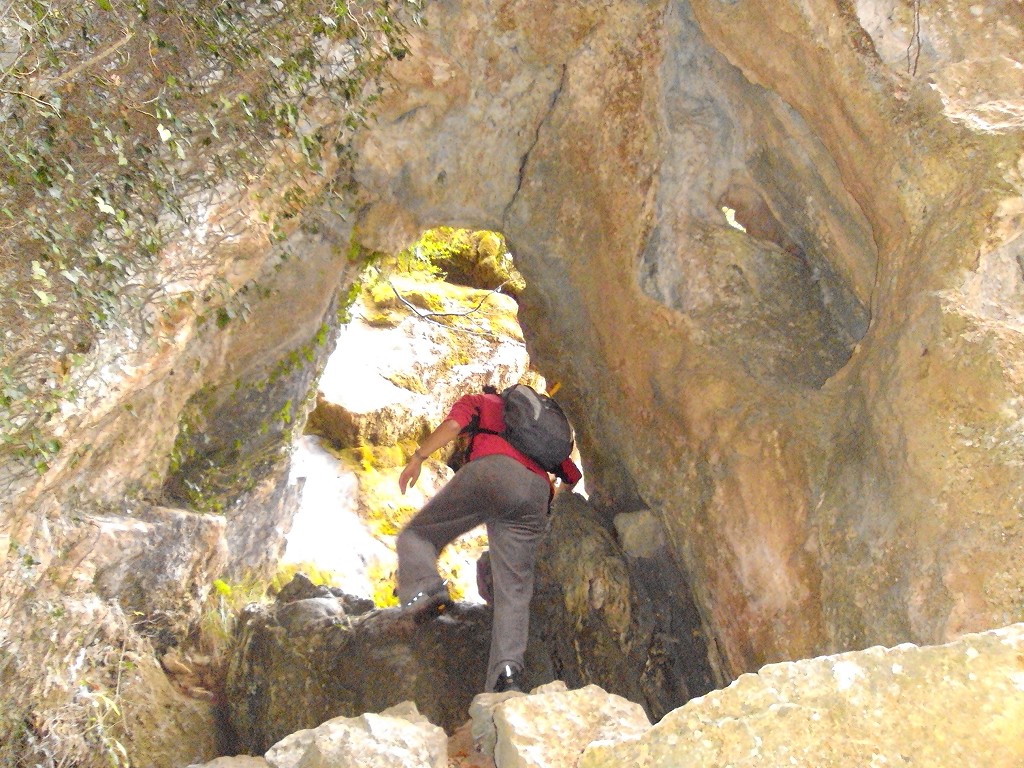 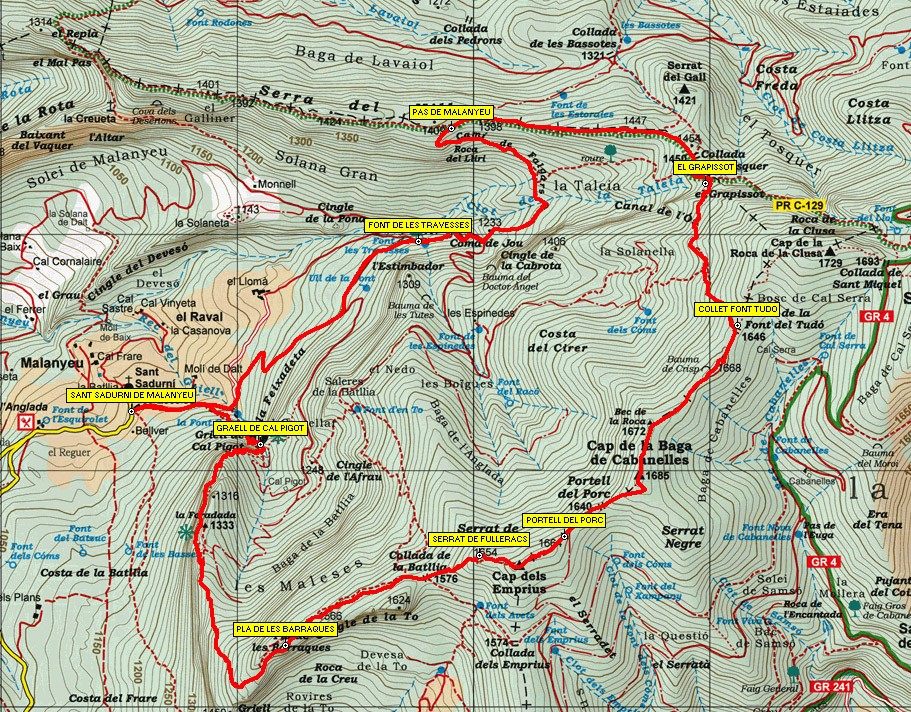 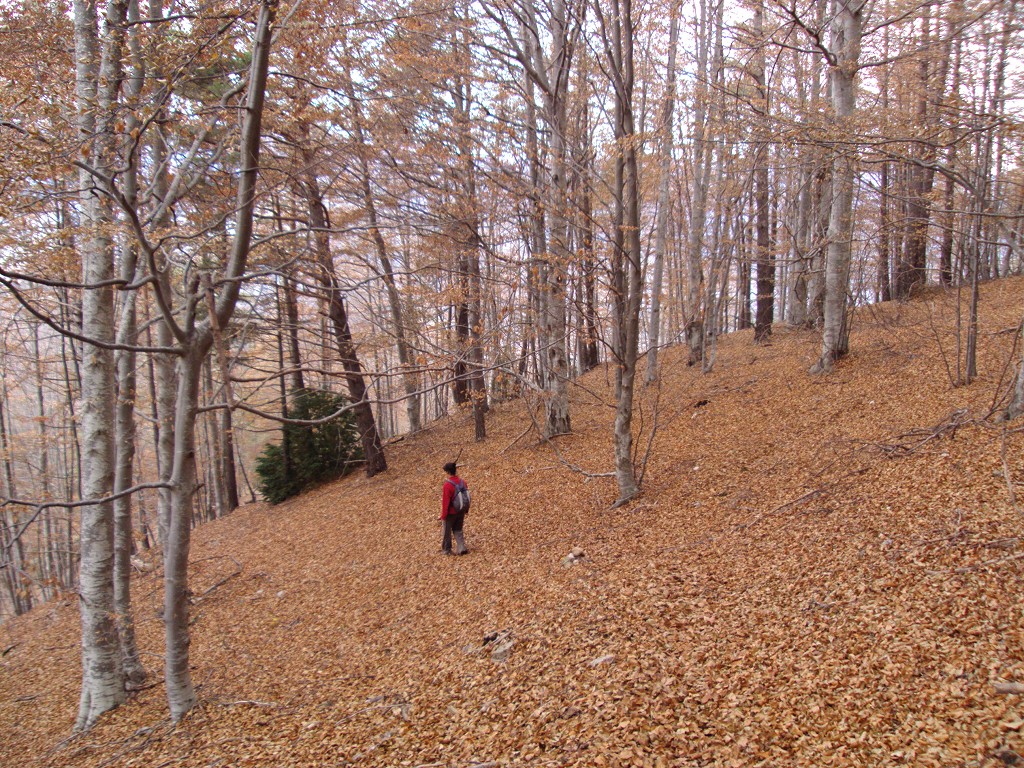 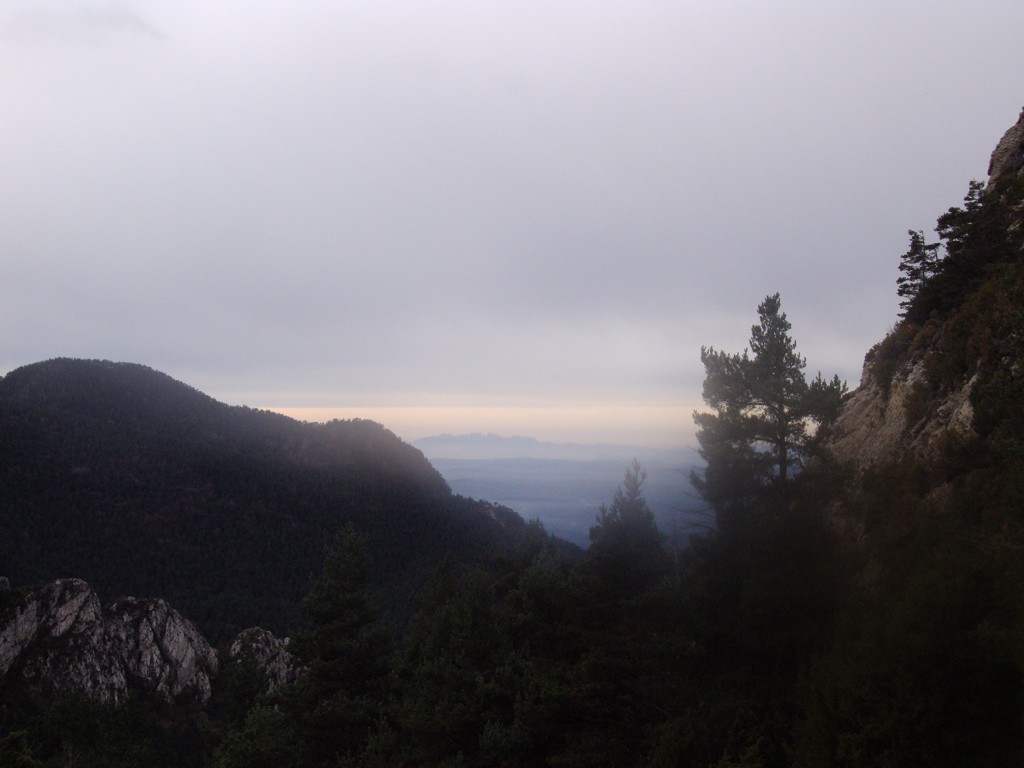 The municipality of La Nou has several interesting mountain routes. Probably the best known is the one that leads to the summit of Sobrepuny from the village of La Nou. This time we propose a very interesting excursion departing from the center of Malanyeu through a little crowded area. The route joins several elevated points, which allows you to enjoy spectacular views and at the same time to pass through amazing places.

Description
The route starts in front of the church of Sant Sadurní de Malanyeu along the track that goes east. About 300 meters later you have to leave it - you will return on this track from the north - and continue on the path that goes to the right and climbs on the side of the stream, crossing it for a couple of times. As you climb the path in some sections it is narrow and you need to be careful not to slip because it is usually wet. Finally you will reach the picturesque place of the Graell de Cal Pigot, which you will have to overcome. The place, with a pool, a beautiful waterfall and a rock pierced at its summit, is of great beauty. At this point, you have to climb the rocks, cross the stream and then pass through the Foradada rock. You will find ropes and cables to help you climb it.

The road is gaining momentum in a southerly direction in the middle of a pine forest, with ever-increasing views. You will pass by the place known as the Graell de Pujals where the road suddenly turns east until you reach the Pla de les Barraques on the To cliffs. The path here is slightly softened but continues to climb and as the pine tree grows higher it interacts with the oaks to find an exclusive beech forest.

The route arrives at the Coll de la Batllia, where the ascent is again accentuated until you reach Cap dels Emprius, the summit of the Serrat de Fulleracs. From here, following the ridge, go down a little to reach Portell del Porc on a well-defined track. At this point the route coincides with the PR-C 199 that comes from Coll de la Plana and you have to follow a good section. The path soon becomes a path and turns sharply to the left to enter the forest by the side of a twice-barred boy. You have to go uphill through the Cabanelles Baga head and the Crisp Hill (below is the Crisp cave, supposedly troglodytic) and, finally, head down to the Font del Tudó pass where you have to leave the PR for follow the yellow markings to the left. Enter an imposing beech forest that will accompany you all the way down to the Grapissot.

At this point you will find the PR that you will follow west (and here it also coincides with the PR-C 129), first saving the Grapissot Pass which must be carefully crossed. You will then pass the Tosquer pass and a few meters away the Taleia pass, from where the path, after climbing a little, forms a narrow corridor and departs less than a kilometer further along the path of Malanyeu. to Falgars or path of the rock of the Lily to be followed in a southwest direction.

The path is good. Shortly afterwards, it turns left, over the Lliri rock, crosses the Clot de la Taleia stream and becomes a wide winding path that reaches the track of Les Espinedes. Follow it in the opposite direction to the house until you reach another special and picturesque place, the Font de les Travesses. With huge beeches that only let the sun's rays reach in winter, when the leaf is on the ground. From here you just have to follow the main track on the left, which in a gentle and relaxed way will return you to the church of Sant Sadurní de Malanyeu, the end of the route.