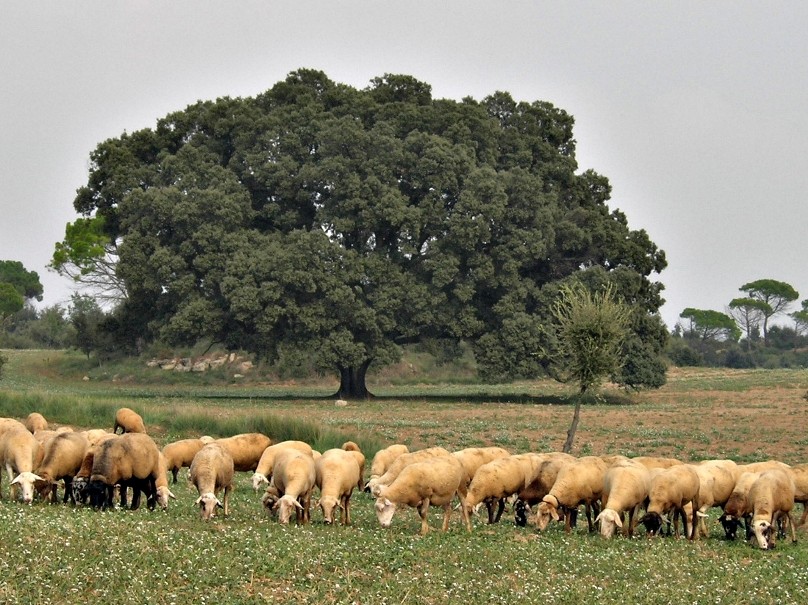 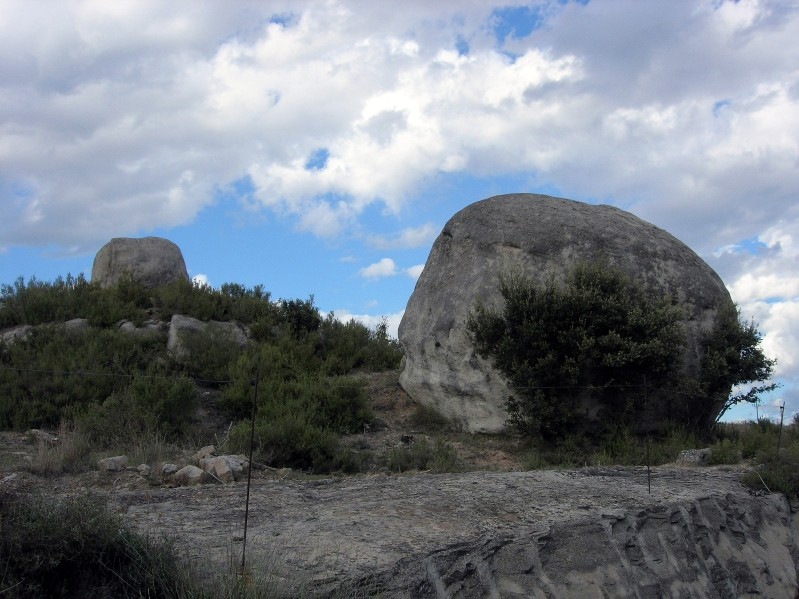 With the excuse of joining the fountains closest to the town center of Casserres, this local path around Casserres has been designed that runs also through the most emblematic corners of the municipality such as the Bauma del Café de 7 gates, the Roc de la Mel and the monumental Alzina Grossa.

Description
The itinerary starts at the Town Hall square of Casserres, from where you have to go north, along the main street to the left. At the end of the street you have to follow a path between the orchards that finally leads to a track that you must follow to the left, going up again in the direction of the village. In a few meters you will find the first fountain of the route, the Fonteta and at the end of the ascent the second, the Font Gran with its laundry. The road turns right and continues along the westbound street until you find the next one, the Font d'en Bernadàs. It will not be the whole route like that, but you see that the surges here abound.

Continue along the street on the left and then on the path that goes to the right behind the houses. Here you will find access to the Health Fountain. Follow it to the right, it is a cozy place already out of the core. Returning to the road, continue through a small forest to the underpass of the new road. Go under this step and continue on the track that goes up to the farm. A few meters from the pass was the Font del Solà disappeared due to the works on the road, only exposed by the water that often collects the curb of the road.

First you will pass parallel to the new road until you almost touch it, but then you have to follow the track that goes north heading near the house of the Bauma and further up Montoliu (17th century), this in a rather degraded state. The path goes down a bit to return to Serrajoana where there is also a farmhouse from the s. XVII, square plant based on the rock and adapting to the unevenness of the cliff where it is raised. Halfway between the two houses, you can try to find the Montoliu tubs dug into a rock. Once in the house of Serrajoana you will find the access to the Font de la Serra, another cozy place, with a small circular stone table. The path continues along the track a few meters and then turns left on a path between fields. You will pass by some farms and past small slabs you will see a small forest that stands out in the middle of so much field. It hides the Font dels Pagesos, which you can access by the path on the left.

Continue on the track until you find the road. Follow it a few meters to the roundabout and continue towards the football field and pools, but just before that, follow the tarmac path that borders it, is the path of La Torreta. From behind the football field the route joins the GR 179, whose markings will accompany you a part of the way. A few meters later leave the main track and continue along a path on the right also between forests and fields until the next fork in Clot de les Barraques, where you have to follow the track a few meters to the north and then continue along the path left that will take you to Cal Traginer. You will pass some more houses until you reach Ca l'Escaler, where you will find the following fountain, the fountain of Ca l'Escalé. From the fountain continue on the path that will take you to the Café de les Seven Portes bauma, a bauma with buildings inside that were inhabited in several recent historical periods (18th-20th centuries). At the moment of the seven doors one is upholstered and another one collapsed. It is an interesting place to entertain yourself.

From the bauma go a wider path until you reach a junction with a secondary track, follow it to the left until you find again the GR. Follow the track here to the right and passing the house of Ripés you will come to a junction where you will have to leave the GR markings. Continue south and after Cal Pascual you will reach the paved road. The route continues on the tarmac on the left but if you follow it a few meters to the right you will see the Roc de la Mel, which takes its name from the local tradition that says that those who lick it have a taste for honey and that ends up giving name to all this area. Only 100m after resuming the road for the asphalted track is the Font de Cal Pasqual, located a few meters from the road. Following the track to the right, heading south, you will come to a new junction of tracks, where you have to follow the north side through cultivated areas and small open sections of rock full of scrub. Without reaching the road again, follow the track to the right that will take you past the houses of Fonollet. Here you follow it a few meters to the right until a path on the left will lead you again along a rocky stretch, alternating forest and the magnificent cultivated fields (you will have to cross one along the well-defined path), until you'll come to a track that is significant enough.

If you have not seen it yet, look to the left, there is the majestic Alzina Grossa or the Colls. It is worth approaching and resting for a while in the shade of his head. There is a special calm.

Return to the northbound path to return to Casserres. You will pass several forks and keep an eye on the markings. You will also pass by some houses in a neighborhood of scattered houses and finally you will enter the town center by the sports center, where you have to follow the straight street. Once you find the main street, cross it and reach calle de la Creu, where you have to turn left. You will pass in front of the church of Santa Maria, inside which there is a remarkable baroque altarpiece, and finally you will arrive again at the square where you have started the route.