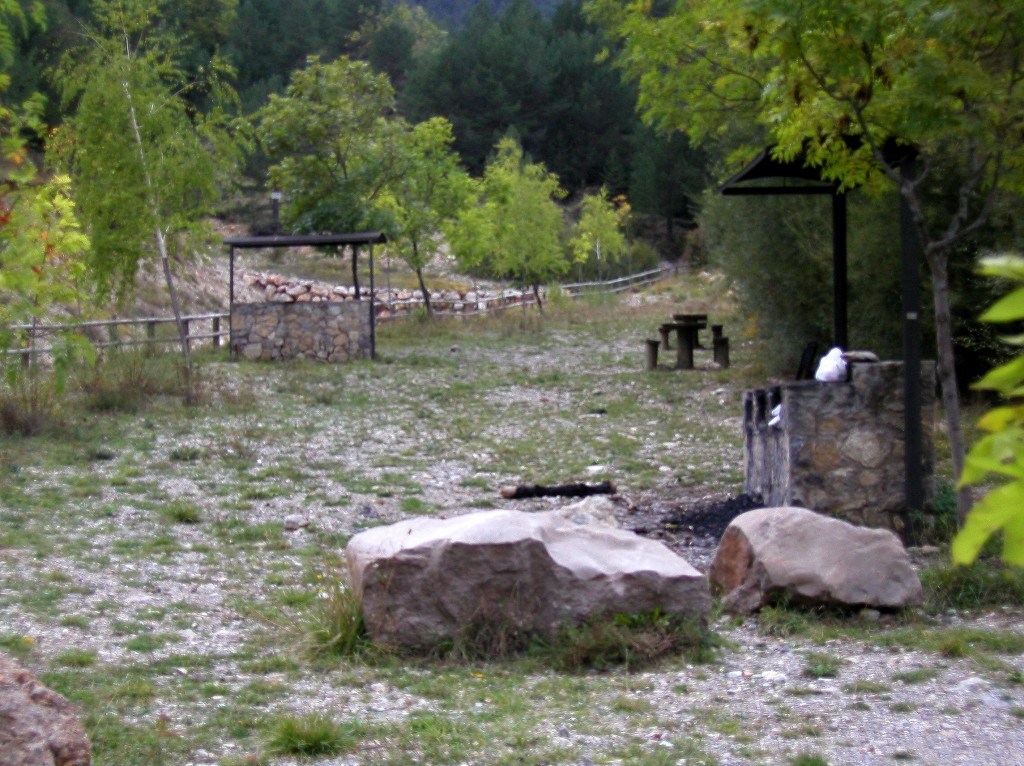 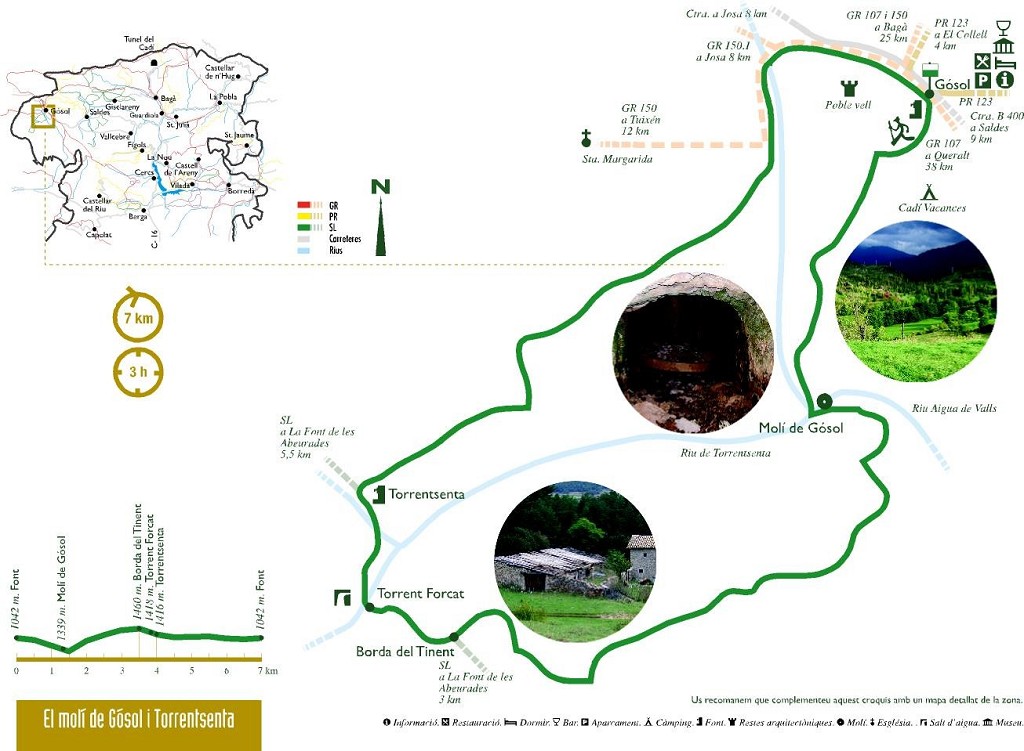 As Gósol only was accessible by animal until the end of the 1940s, it maintains the charm - and some drawbacks - of having been isolated from the frenzy of the modern world. Apart from the classic appeal of El Pedraforca, the village offers the guest a great variety of attractions. The ruins of the old village are well worth visiting, grouped around the castle on the top of a hill; the ruins of the church of Santa Maria have been restored and you can go up the tower, from where you get an excellent panoramic view; it's also worth visiting the small ethnographic museum and memorial to Picasso's stay at the village at the beginning of the 20th century.

The route we propose runs along the fertile valley of Gósol, passing through old fields - today meadows - and livestock roads.

The route starts at the town's main square and follows the main road towards Saldes, until you reach the entrance roundabout to the village where you continue along the forest track that goes to the right. At this point there is a modern fountain, beside which emerges drinking water for the village and you can fill up your canteens there before starting on the walk. From here, either looking north to the slope in front, or looking south or towards the hill in the old village, you will see terraced land everywhere. These are dry marginal lands, where much labour was needed to get precious little, and which contrast with the rich soils that were later worked.

Start going down alongside the fields until you reach the Gósol mill. The building has been restored and there are no longer any old features in view, but if you go behind, you can still see two water spouts with the remains of some machinery; there is also a pipe leading to a nearby building where there was a turbine to produce electricity for the town. It is clear that here a double use was made of the water. In front of the mill there is a trout fish farm and beside the river, a picnic area set up for the fishermen.

The route crosses the river and, after some 200 metres, starts to become steeper. You can detect the old livestock paths used to get to the upper fields and lead the animals to pasture. In the woods, you can even see the walls that delimited the old fields. After the last bend, the route comes out onto a track, where you have to turn right and go alongside a rudimentary house called Borda del Tinent. From here, you start going down along a shortcut that avoids a long bend in the track.

At the end of the shortcut, when you get back to the track, you will see the Forcat stream and an interesting crevice that this stream passes through. There are some water spouts at the foot of the track where you can get water if you need to. A little while later you come to the Torrentsenta spring, where water emerges from openings in the rock. Here there is a well-equipped picnic area with tables and barbecues.

From here, there is a leisurely return along a wide track.

When you have finished the route, we suggest you go up to the hill where the original village of Gósol was settled and then go for a walk around the present-day village.