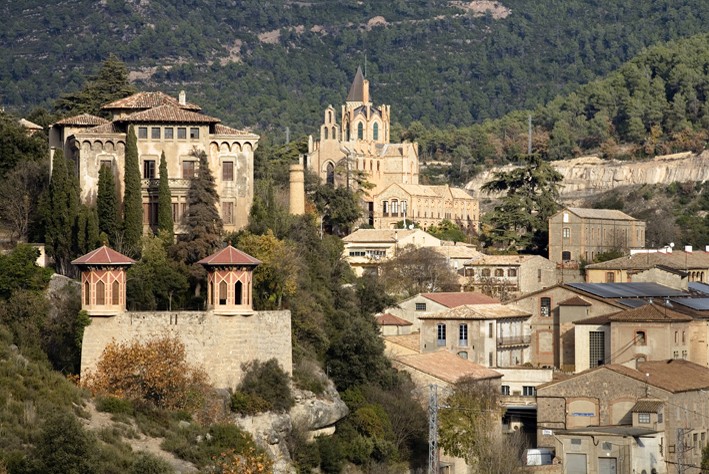 Cal Pons is one of the seven colonies and textile mills were built in the town of Puig-Reig in the second half of the nineteenth century. Cal Pons  is located south of Puig-Reig, near the city center.

Old Owner House: Was built in the same year that began running the factory. Still exists. The building has two floors, attic and underground.

The Church was inaugurated on August, 10 1887. It was designed by the architect Josep Torres Argullol. Unusual for its size considering it was a church for a colony, the newspaper of the time branded the "Cathedral of the High Llobregat." The belfry was added in 1897 and in 1907 family Pons build their family vault.

The convent: A building attached to the church,  built in 1893. In the convent nuns lived and had school  and a residence for working girls.

The grove: grove and the garden can be found between the church and the houses of the owners, This is a special place that gives uniqueness to the whole colony.