To Queralt by way of the chapels 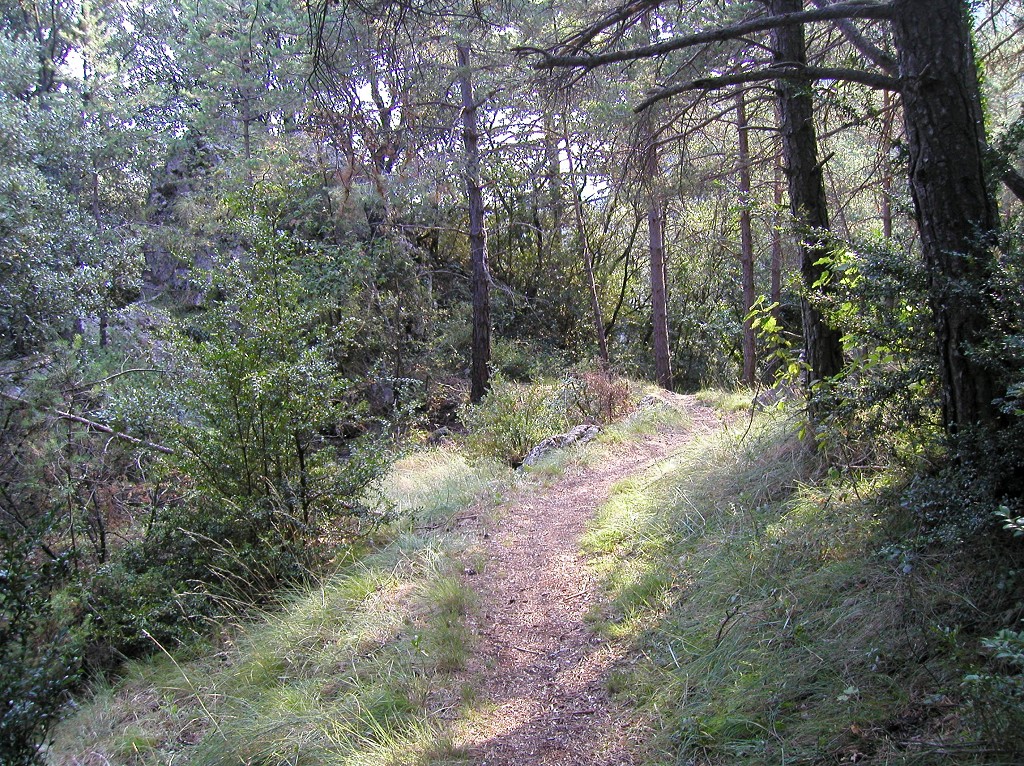 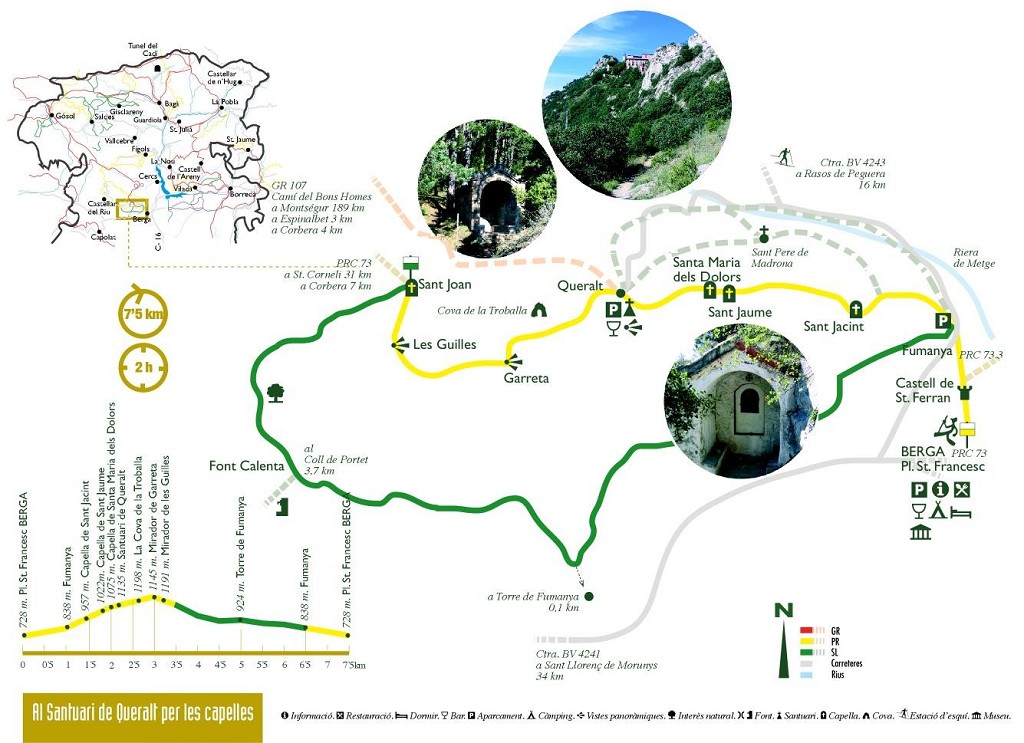 The Queralt sanctuary and ranges present an enormous variety of features: marvellous views, craggy mountains, many paths that run along both the northern and the southern face, and buildings that tell of Queralt's vocation as a site of religious pilgrimage. We suggest a short route to get to know the sanctuary and the mountain slopes on which it is set.

Processions climbing up from Berga to Queralt were once a regular event. There are two very serviceable paths, one on the southern side and the other on the northern side, both with their own chapels. This route goes up through the southern or sunny side.

The route starts at Sant Francesc square, in Berga, following the PR C 73 (Queralt shortcut). When you reach the road that leads to Sant Llorenç de Morunys, cross it and follow the paved path uphill. Very soon, you will have to turn off this path and continue along a track that goes to the left toward the Fumanya development. Cross through the development until you reach the road that leads to Queralt and Rasos de Peguera. You cross the road and take the Queralt shortout. Along the ascent, you go past three chapels, excellent places to gather strength and take in the landscape: Sant Jacint, Sant Jaume and Santa Maria dels Dolors.

Once you are at the top of Queralt, we suggest you visit the Troballa cave and church. The legend of Queralt is part of the tradition — the most representative being Montserrat — of the discovery of figures of the Virgin during the Middle Ages. Although the sanctuary has been documented since the 14 th century, this building dates from the 18 th century. There is currently a project to rehabilitate the building and turn it into a top-class hotel and restaurant.

If you follow the circuit path of the buttress called Castell Berguedà, you come to two belvederes that afford several views of the ranges and a long view towards the south, for which the site has been named the ‘balcony of Catalonia'. For the more daring, once you have passed the first belvedere, there is an unmarked but visible path to the right that goes up to the peak of Castell Berguedà. Taking this path is rewarded with an impressive 360º view. You will also see the remains of a construction indicating a canon site during the Carlist Wars. This ascent is not advisable for those who suffer from vertigo.

The descent is made along the Garreta path, which is the name of the farmhouse to where it leads, at the foot of the Sant Llorenç de Morunys road. The sign-posted route continues on the left. If you would like to lengthen the route some 45 minutes, we suggest a small detour: continue on the right towards El Portet, also following the white and green waymarks. Follow this path to the right, which mainly runs along the side of the Calenta spring stream, an additional feature that gives one a feeling of coolness and where the sounds of water flowing downstream can be heard. After about 15 minutes, the path becomes steeper on the same side as the stream, which it then crosses and does a large uphill curve to the left and finally returns to the stream and crosses it again to continue westward. Just before crossing, you will see path on the right with two crosses painted yellow. Follow this path and go down to the bottom. If you follow it a few metres uphill, you will see a cavity into the rock with water coming out: the Calenta spring. If you have a digital camera, take a photo of the inside: you will be quite surprised! The name Calenta means hot, and is due to the relatively higher temperature with which the water comes out. In winter, it even gives off steam because of the contrast in temperatures. It never dries up.

Return to the sign-posted route along the same path you came from.

To go back to Fumanya along the Avianesos path, go up via the shoulder of the mountain. Following this shoulder to the right, you will see some circular openings sculpted into the earth. This is all that remains of one of the gun towers that, together with the Petita castle and tower, defended Berga during the Carlist Wars. The Petita tower can still be seen on the ridge left of the Berga tunnel. Once you have reached Fumanya, simply follow the same route back to Plaça Sant Francesc .