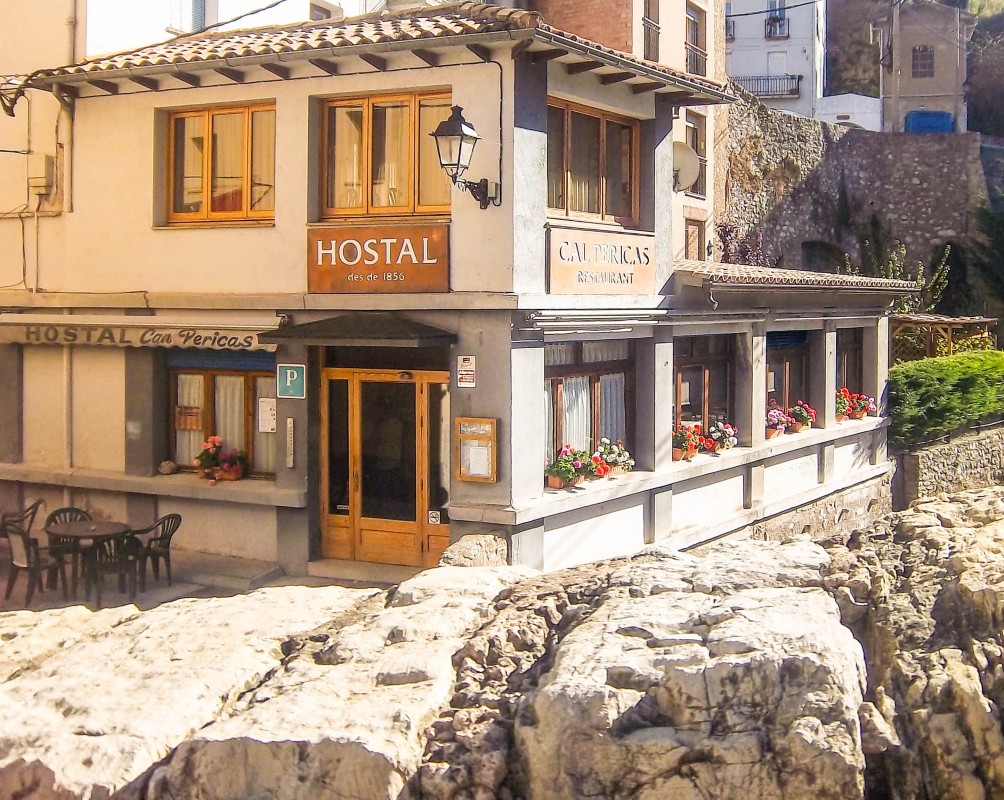 "Cal Pericas" beginning is at half XIX century, in a little village, Maçanés, in the Pedraforca's side, at the same name house, Pericas.

The Pons family went to La Pobla and placed in Verger street, where they opened a little hostelry, named "Posada Ramón Pons", the actual owner's great-great-grandfather. We are saying, definitely, the present is the sixth generation in the business.

The little hostelry in Verger street, had got 8 rooms for customers and stables for horses, down in the house, like a parking. Like a curiosity, we notice that next to the stable was a carpentry, coffin's specialized, but I'm sure that nobody in the hostelry needed that service in the carpentry.

In that place the hostelry grew up, specially in the days after the war, a time when a man knowing to cook a good meal with simple ingredients ("farinetes") had got a business. From this place we go through the time until 1964 at the present place, next to "Pont Vell" (Old Bridge) in the new commercial center, next to the road, opposite the old one, near the church.

We are in front of a 150 years old business, and with the last and younger directory.